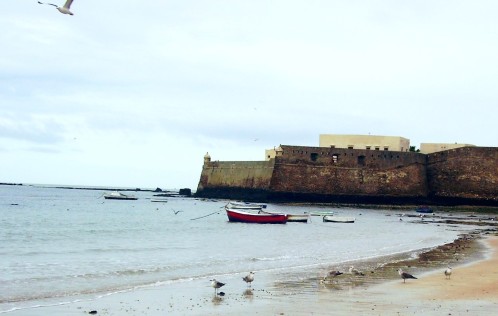 When we usually look for angels we stare the sky, but these days they are coming from the sea…The photos of the tragedy are too much for any person who can associate the image of death to everything but not the children. Often I feel impressed by such cruelty but this time I made the effort to see the photo through the eyes of a mother, the mother that followed her children towards the journey of a better life. The more I fix the photo of the baby the more it speaks to me. It’s impossibe to turn away your head when death is shouting so loudly…because is that that we often do in front of death, we try to escape, until it doesn’t touch us. But in the photo of Aylan surprisingly even the death seems invisible, as if children should be immune to it… I try to convice myself, althuogh knowing it’s not true. His little body to the seashore is so relaxed that seems he is sleeping. What captured my attention and wrenched my heart were the clothes he had on, everything in its place. I thought of his Mom who dressed him up with care and love and prepared for the long journey, which should have been safe even on a small boat on the open sea.

To get the message of the tragic story of the family of the little Aylan and of other thousands refugees and innocent children you don’t have to look at his photo for a long time, just a few seconds and its image is focused on your mind. His body with the head towards sea and his back to the mainland as if he wanted to tell us that it wasn’t the sea to kill him but our complicated World. On the contrary the sea was the only to welcome and cradle him and in some way give the so much desired peace. He is lying on the seashore as a nightingale ready to take flight towards the Hope and a bettere World! He is leaving…..

Good bye dear Aylan and may God take care of you and your family for eternity!